It has been an incredibly busy time for me lately with various photography projects (more details later), art shows, and finishing the construction of my new 450 sq ft. studio/workshop. I’ll have some photos soon, as well as info on the setup including the addition of a new Canon 44″ large format printer. Once I get through the long hours of the final finishing details, I hope to return to a more regular schedule here, and even increase the frequency of articles.

As I mentioned in a previous post, I am working on a new series of articles around the theme of “finding a landscape photograph” with the goal of providing some insights and tips for photographers and those curious about the process involved. With any luck (and lots of coffee), the first should be ready in a few days.

In the meantime, I thought I would share my opinion on a few recent noteworthy announcements in the industry which are quite intriguing.

Adobe has announced the release in October of Creative Suite CS4, which includes an all new version of Photoshop CS4. You can read the specific details on John Nack’s blog (John is the principle product manager for Photoshop). While the biggest feature in CS3 was support for the new Intel Macs, Adobe has really packed new and useful features into CS4, many of which I will start to take advantage of right away. Among the new features I’m looking forward to are major interface enhancements, adjustment panels and presets, and improved printing capabilities (including 16-bit output at last). All in all, a serious consideration for anyone who uses Photoshop on a professional or regular basis. While my current workflow is spent primarily in Lightroom 2, it’s nice to have access to the improvements in processing that CS4 provides.

The other news was that both Nikon and Canon have announced DSLR’s that can also record full HD ()high-definition) 1920×1080 resolution video. There has been lots of talk lately about the convergence of photography and video since both use similar technologies, and it was only a matter of time before a manufacturer combined the two.. While it will not replace a dedicated video camera in terms of quality and features, it certainly provides the photo journalist or wedding photographer some great opportunities in a convenient and familiar package. For any one who is interested, here is a full featured video made with the new Canon EOS 5D MK II by photographer Vincent Laforet.

As the old saying goes, “the more things change, the more they stay the same,” and in my opinion, never more so than in photography. While the technology continues to evolve and provide new and creative possibilities, emotion and feeling remain the goal for me, and these are just more tools to achieve those goals. 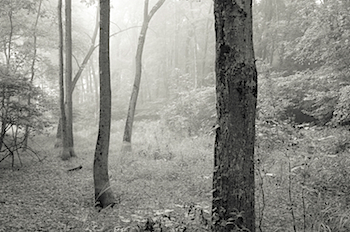