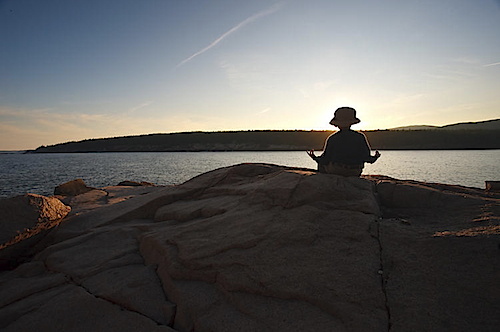 My son Bryce has been listening to and enjoying classical music since he was born 6 years ago. The “Mozart Effect” claims that children who are exposed to classical music early become more intelligent, develop better memory, and grow to be brighter individuals. Even if this isn’t true, my wife and I figured it could only bring him benefit, and so we’ve made it a part of his life from day one. Every night for six years, the iPod in his room has played most of Mozart’s pieces countless times.

I purchased a live concert DVD of Mozart’s piano concertos a few years ago which we also enjoy on a regular basis. I was used to Bryce’s curious questions about the concert such as when it was appropriate to clap, why some instruments played much less than others, and how they knew when to play. During a recent viewing however, an interesting exchange occurred.

“I wanted to ask you, why doesn’t the piano player have any music?”
“Because he’s a master, and has it memorized in his head. He plays it from the heart,” I replied.
He looked at me quite confused and asked, “What does that mean?”
I asked in return, “What is in your heart?” touching him softly on his chest.
“Love?” he replied, to which I confirmed “Exactly, that is why he is a master, and plays without having to read the music.”

He smiled, and for a few moments watched in silence as he tried to understand my explanation. Then he grabbed a few matchbox cars and started another race while piano concerto no. 20 played on in the background.

I continued thinking about our conversation and of how fortunate I was to even have that sort of dialog with my son. If he can grasp even a fraction of those ideas, he’ll be on his way to a much better understanding of the creative process than I ever had. I also realized that my explanation was true for any creative endeavor, and certainly photography. How we frame and capture an image should reveal as much about ourselves as it does about the subject. As David Ward says in his book Landscape Beyond, “Images that are questions invite us to explore what we feel about the images subject. They evoke questions without necessarily providing answers.”

So true, even more so when we have a true love for our subject. Whether rain drops on a leaf, a grand landscape, or images of a family member, we should strive to make images that ask questions, and in the process draw the viewer into not only our visual world, but his own imagination and emotions.

This is the true language of photography, no different than that of music, when love is involved. I probably would have never thought of it this way had it not been for Bryce’s innocent, yet profound question.