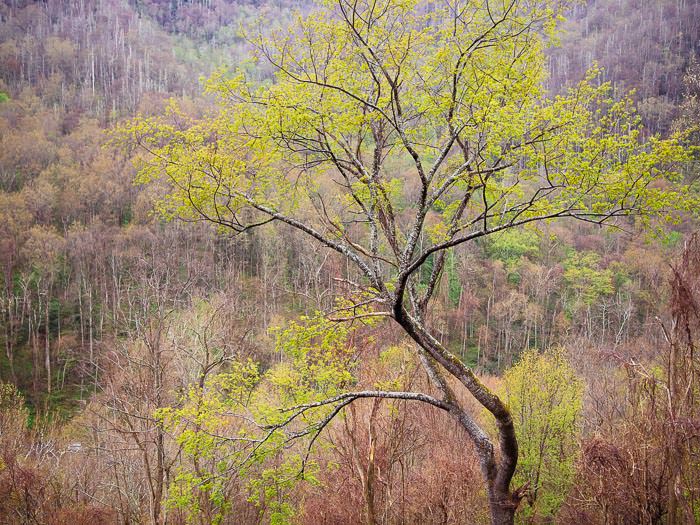 On every workshop that I teach we visit many beautiful and inspiring locations that I carefully choose beforehand. This involves hours of research, hiking, scouting, note taking, map reading, and simply spending time in nature. I want to provide an optimal experience for students to practice the art and craft of photography. To say that I obsess over this is an understatement, but it’s just my way of making sure I give everyone their money’s worth and more.

Choosing a location is based on many factors, some of which have less to do with subject matter than with creating the best possible teaching environment. For example, I favor locations that offer many options for interpretation, pushing students to explore themselves and their way of seeing. And that works best as the workshop progresses because I don’t want to overwhelm students, but rather let them gradually gain confidence day by day. There’s no way I would expect anyone to learn in five days what might otherwise take years of persistent practice. But there are ways of gaining significant improvement in things like composition, vision, and camera technique over a short period of time that make photography fun and rewarding. Afterall we deserve to enjoy the fruits of hard work – that keeps us motivated to keep going forward.

But there’s another agenda to my workshops that I introduce slowly whenever there’s an opportunity. Artist Martine Gourbault captures it best when she says, “The influences may be subliminal and subtle but all that surrounds us in some way changes how we see things and who we are.” It’s the idea that everything we experience and internalize has a significant influence on the images we capture. Here’s a recent example that I think illustrates it well.

During our recent workshop in the Smokies we visited one of the many “Quiet Walk” areas in the park. The trail from the parking area descended down through a beautiful lush forest towards a river strewn with huge car sized boulders. The rushing water echoed through the trees and enveloped us all a hypnotic state that made time almost meaningless. The sun was setting directly behind us which meant that on our ascent back to the cars,  the forest would be backlit creating a rather striking scene. It doesn’t get much better than that.

As our time there slowly (or quickly depending on your perspective) came to an end,  and we starting to head back up, I heard one of the students behind me say, “Robert, can I ask for your help?”

“I’m having some trouble here in trying to find a way to photograph all of this…it’s so beautiful in every direction I look…how do I go about capturing that?”

This was not a beginner, but someone who I knew had plenty of experience and time behind a camera. My first instinct was to look around in all directions, and see if something attracted my eye.

“I usually try and start with light, and see where it leads,” I said. “These trees here with sidelight are interesting…or perhaps some of those large trees over there with backlighting.”

She continued to look deeply at the scene in front us, scanning with camera in hand. It was a difficult question, and my response was not really an answer, but rather a gentle challenge, an invitation to see more than what she thought was visible. There were a few moments of silence where I resisted saying anything…it simply felt like the right approach. Besides what could I really say? It seemed like words would become noise…a futile attempt at using language where it would fall short of communicating what we both felt. The experience itself said more than I ever could. That’s when I realized this was not a time for pressing the shutter, but rather adding to a well of meaning and inspiration.

Breaking the silence, I finally said, ”You know, sometimes it’s ok to let go of capturing an image, and just absorb the experience mentally and emotionally.”

“The picture in our mind becomes the most important thing to take away with us…and that connection is something you can draw on in the future as a guide…a way to make a deeper connection, and that not only makes you a better photographer, but helps you make more personal images.”

“Yes I suppose you’re right,” she said. “That makes sense.”

Photographer Rachel Sussman says, ”It is so vital to the creative process…just following these different paths, the  things that intrigue you, and allowing them to simmer in there until something fires in your brain and all of a sudden these connections happen.” Every second we spend in nature in awareness adds to our total capacity to connect with and eventually capture images that move closer to a personal perspective. And that applies to anything else we dedicate time to understanding and learning from, whether art, or music, or poetry, or movies. It becomes part of our minds that we can draw from even when doing something as simple as photographing a tree. Anyone who has ever tried to photograph a tree and tell a story at the same time knows it is anything but simple.

Does this mean you shouldn’t try to make images when challenged or lost for ideas? Of course not. By all means accept the challenge, push yourself, learn from your mistakes. But the option of just letting the moment speak to you is just as viable, and never a lost opportunity.

“Be still with yourself until the object of your attention affirms your presence.” – Minor White