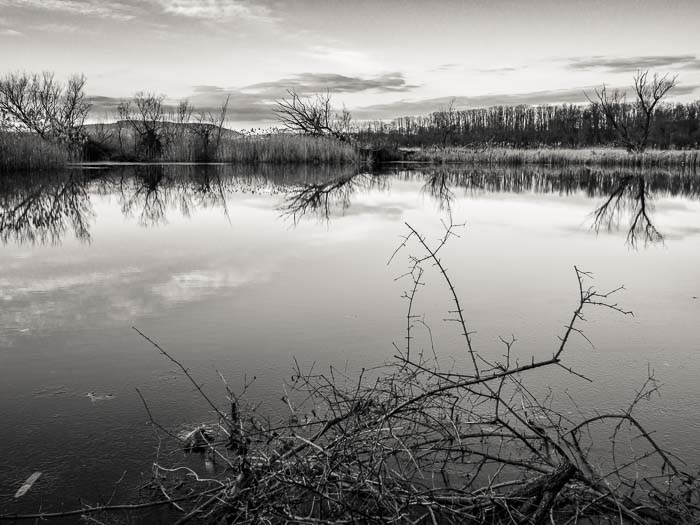 “There is always something to photograph; the question is what?”

That’s something I used to tell myself every time I went out into the field with my camera. I believed that if I thought positively about each and every situation, it would help me to see better. After all, vision is as much about what is inside our minds as is  what is outside. And it was helpful to the extent that it made me much more aware of the environment, the light, the details.

But I realized over time that it also created a different problem, one of expectations, or what eastern philosophers call attachment. Because I was starting from the perspective of “wanting” to photograph, it rarely resulted in images that were personal. And personal images are the most important images you can make because they keep you on the only path that matters, your path.

“Branches of Trees” was not an image I was looking for. In fact, I had walked past this spot several times before finally setting up my camera. But from the beginning something had caught my eye even though I wasn’t quite sure what it was.

So I waited and watched.

I didn’t need to make an image to be happy, I was already happy just being there. From the moment I had stepped out of my car and onto the trail, I was grateful. It was a cold but clear morning, and it felt good just to get out and feel the stillness, the silence, the space between each breath. And I was in nature.

“Art will never be able to exist without nature.” – Pierre Bonnard

Sitting by the shore, I watched the surface of the water get brighter as the sun rose higher on the horizon. Clouds appeared and then slowly drifted away, reflecting their ephemeral shapes against the deep blue water. And as I focused on the open spaces in the scene; the sky, the water—I suddenly realized what attracted me, even if I didn’t know whether it would work.

I setup my tripod with an Olympus E-M1 and a 20mm lens at f/8, and framed the jumble of branches in the foreground right in the middle of the composition. I wanted them to anchor the image, because it was the repetition of the branches that lead my eye towards the background and the sky. It’s the patterns within the patterns that held my attention the most, and I think using the negative space of the water and sky helps make it the “story” of the image. I focused slightly in front of the farthest branch (using the water as a guide) and exposed to make sure I didn’t overexpose any of the clouds. 1/100 sec @ISO200.

I made a few exposures, then moved slightly to the left and made a few more, but by then the light had changed, and I didn’t have the same clarity about the image as before. Did I know I had captured a good image? Not really, because I have my doubts about almost every image I make. But I try and remind myself that the experience is more important than the result. 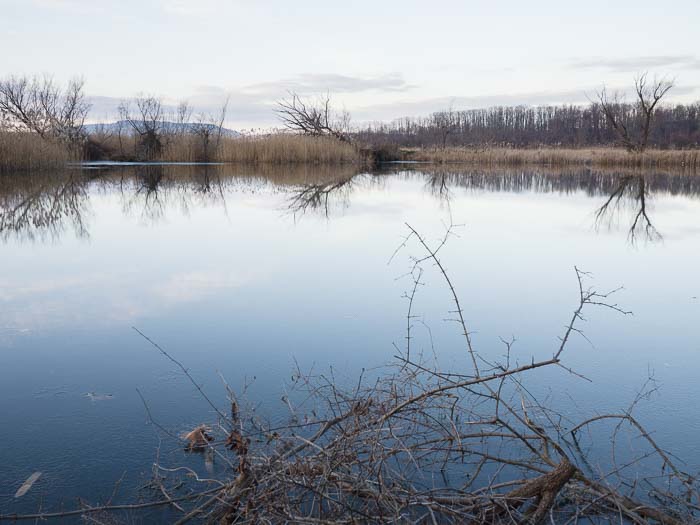 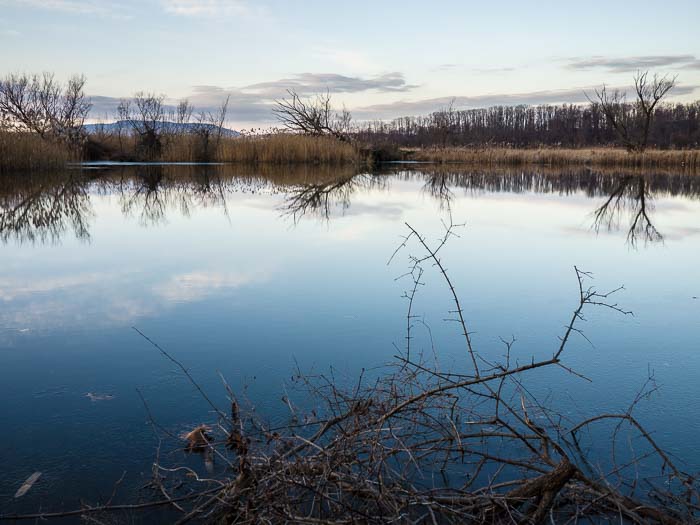 In Lightroom, I started editing the image in color, but converting to black and white brought the image to life for me. Removing the color emphasizes the tones and shapes, and that’s what caused me to pause, to think, and to feel.

There are several themes for me in this image. One is the contrast between the chaotic rhythm of the branches in the foreground and the water behind them. The other is the seeming stillness of the image even with all of the visual activity created by the repeating shapes. There’s a certain tension between those two ideas that I noticed initially, but didn’t really “see” until I decided to slow down, to wait. 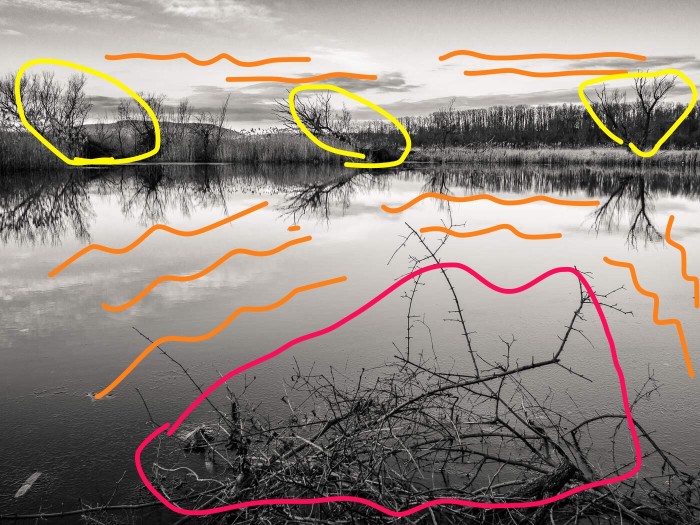 The red circle shows the main subject area that “points” to the repeating themes and patterns in the image, highlighted in yellow. The orange lines represent the negative space that slows the eye, and creates the tension I wanted to convey. There are also groups of threes in various places which are helpful in visual design.

I’ve written before about why I think making prints  adds greater depth and direction to your photography. Because of this I make a print of  any image I think is strong enough to be in my print portfolio.

When you print an image, the papers character becomes part of the photograph, and so you have to have a good idea of what the image is about, what you’re trying to convey, and how specific papers either enhance or weaken your vision for the final print.

I chose Canson Infinity Platine Fiber Rag for it’s rich black density and organic subtle texture that still preserves the high frequency detail found in this image. Separation between the branches and surrounding water is important, as well as all of the textures in the trees, branches, and grasses in the background. 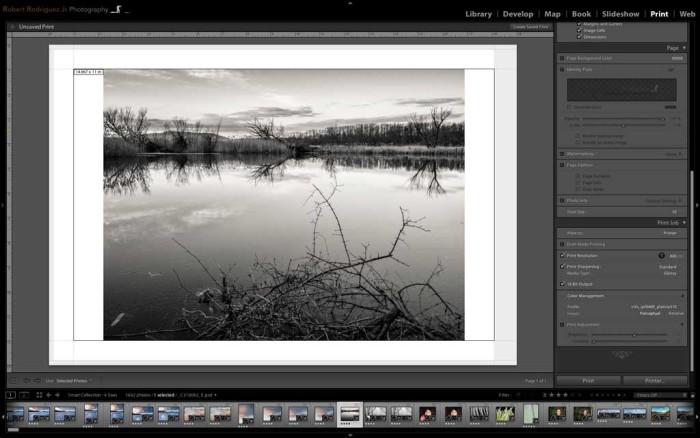 The Lightroom Print module with the image centered on a 13×19 layout. 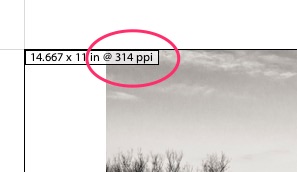 Here is the image’s native resolution for a 13×19 paper size with 1″ borders. 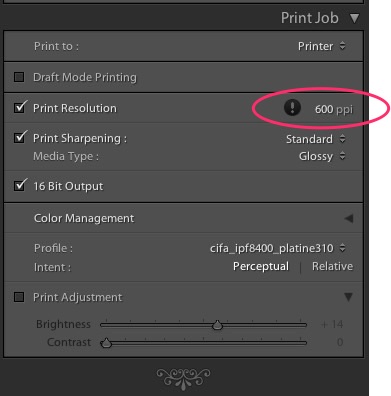 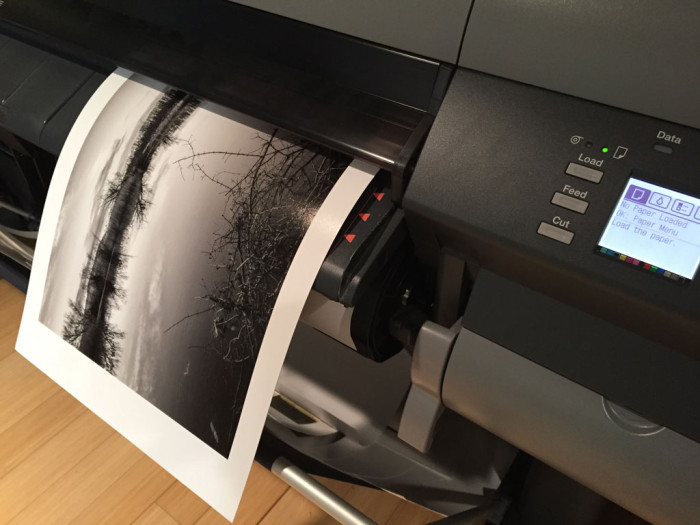 Printing on the Canon iPF8400. 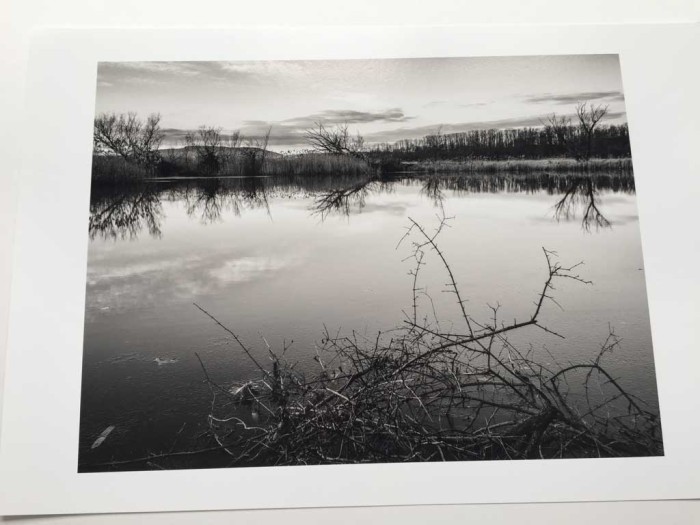 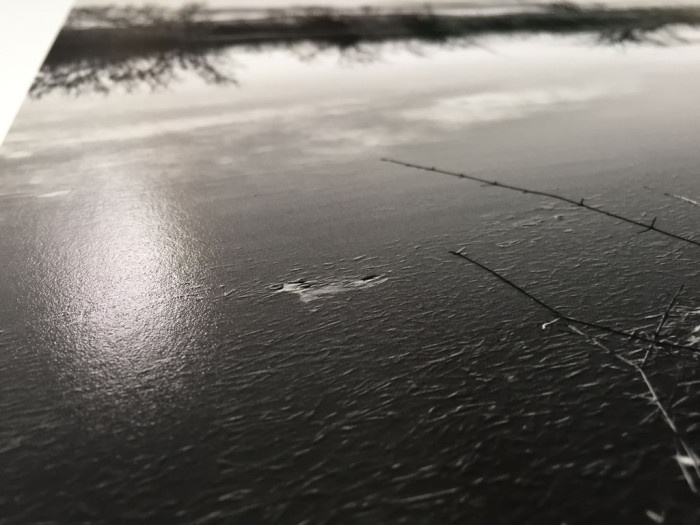 Here you can really appreciate the subtle but dimensional texture of Platine and how it helps give the print that extra depth in the smooth areas without being distracting. 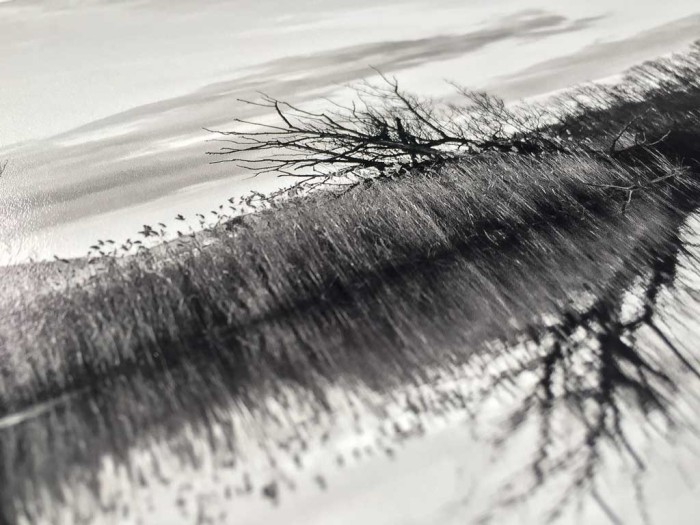 Fine detail of the grasses and tree branches is nicely enhanced by the surface of Platine, and printing at the native resolution of the iPF8400 (600ppi) helps as well.

I’ve covered a lot in this post, but I wanted to provide you with an overview of my thought process from “capture to print.” It’s not meant to provide a formula for making images and prints, but inspire you to think about your process, and question any assumptions. We all need that in every part of our lives, and I want to share as much as I can as I learn myself.

Many of these ideas may seem a little abstract or non-specific, but it’s the only way I can express a thought process that happens without words, and relies on patience and intuition rather that specific steps.

For me, the camera is a sketchbook, an instrument of intuition and spontaneity, the master of the instant which, in visual terms, questions and decides simultaneously. Henri Cartier-Bresson

Don’t be afraid of intuition, learn to trust it when it speaks loudly. It’s the only way to develop your vision, whether or not you choose to make a picture.

Don’t look for photographs, let them come to you.

Questions, comments, feedback? Please join the conversation. Thanks for reading!