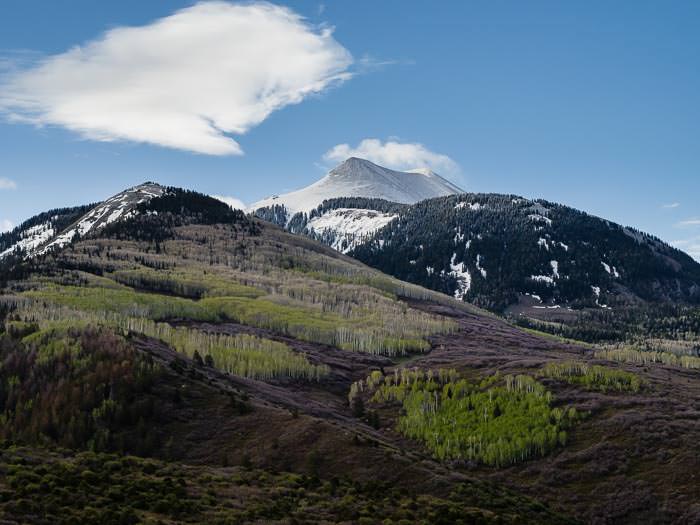 At the very first art fair I exhibited in, I met another photographer who was a veteran of the art fair circuit. I introduced myself, and we chatted about his work, past experiences, and what to expect from the weekend ahead. He was pleasant and laid back, and willing to answer all of my questions. Naturally I asked him for some advice about pricing and sales. He gave me some general advice about making a good first impression and being professional. We talked about demeanor, confidence, and developing a thick skin for criticism.

But he also said something that caught my attention and has stayed with me ever since. He said he had similar discussions with new photographers eager to sell their work every year. But by the following year most were gone replaced by a new crop eager to try their hand at selling. He said the key was sticking around long enough to build a good reputation, developing a solid following, and showing up rain or shine.

“They come and go every year…only a few stick around when things get tough, and they realize it’s a lot more work than they ever imagined.”

I couldn’t help but think of my own mindset, and told him committed I was to being one of the rare few who stick it out. It was a somewhat discouraging end to the conversation, but he was right about the fact that most don’t get past the first year or two. It reminded me of the well-known statistic that most business’ fail in the first three years.

In retrospect, it was just the thing I needed to hear. It was like fuel for motivation, and I became even more determined to succeed. Part of that came from my previous career as a music producer where I had faced many of the same challenges.

Fear, discouragement, lack of focus, and mental and emotional burnout.

The reason I transitioned to photography wasn’t because I gave up on music, it was because I needed to find a creative outlet that gave me a better sense of personal fulfillment. I didn’t have a clear sense of identity. I needed to find more meaning in my creative work, and the music career I was in just didn’t provide that for me. But the fire still burned inside, and over the course of a few years I discovered what I’m sure is my true voice.

I did the art fair circuit for five years and over 30 shows. I met lots of great people, developed some great friendships, and sold more prints than I ever imagined I would. It also taught me a great deal about confidence and identity, things I would depend on when I questioned my commitment and my abilities.

Do you photograph for the public or yourself?

You learn there is only one true choice. Following the whims and tastes of the general public will result in work that is less fulfilling, not more. And those that do put their money where their mouths are buy your work because it resonates with them, not because you’re trying to please everyone.

“You can’t depend on your eyes when your imagination is out of focus.” – Mark Twain

Eventually I decided to stop and pursue other goals, including writing books and teaching workshops, both of which I love to do. I also got tired of the travel and time commitment required to be successful. But I don’t regret doing the fairs at all, and I advise those who are ready and committed enough to consider them. It’s a great way to grow as an artist and business person, and will make you think deeply about selling photography to the general public. It’s not as easy as it may appear.

I share all of this to make a similar point about succeeding as a photographer. Success, whatever that means for you, is largely a function of showing up over the long term. It’s not about the cameras you buy, the gear you carry, the software you use, or even how good your images are. It’s also not about how many likes or shares you get on social media outlets.

“The successful warrior is the average man, with laser-like focus.” — Bruce Lee

I’ve seen lots of photographers excel at all of these over the years, spectacularly so. Some were students, some were online acquaintances, some were just names I came to recognize. But a regular thing happens. They seem to come and go. Only a handful seem to remain beyond the short term successes of making good photographs and grow as creative photographers . I think that’s because they consider what success means for them. They commit to developing their voice.

The rest burn out. 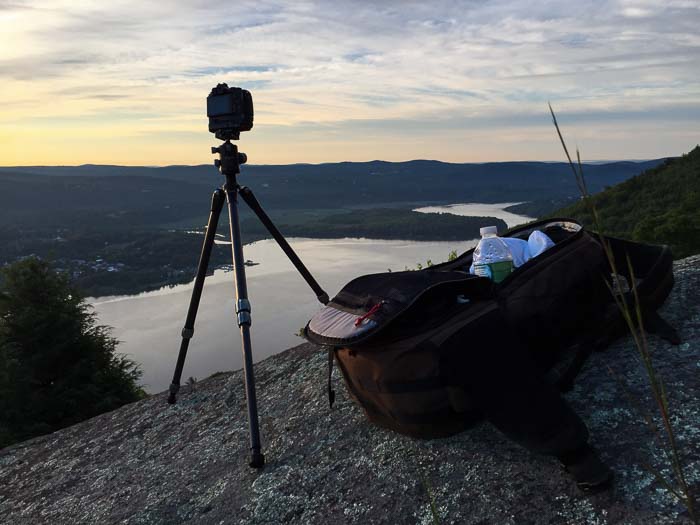 Showing up every day means committing to the work regardless of whether you feel inspired or not.

For me, success is about consistency, showing up every day to do work that matters. As a photographer, that’s more than just taking pictures though that’s important to do regularly as well. Many think that’s the only thing that matters. You’ll hear things like practice makes perfect, and carry your camera with you all the time. But only perfect practice makes perfect, and to do that, you need to define what perfect practice is for you.

“Your work must be rooted in something of substance so that you don’t blow with the winds of change or challenge.” – Todd Henry

If you don’t feel compelled to photograph a particular subject, then you won’t do it consistently.

If you float around from one genre to another, then you won’t photograph any of them consistently.

And if you don’t take the time to decide what you want to accomplish with your photography, or for that matter your creative potential, then you can’t work on it consistently.

Growing the level of awareness of your work can only take you so far. Without a clear sense of what you want to say, you’ll run out of steam, become inconsistent, and become uninspired. I’ve seen it happen too many times. I’ve experienced it myself. 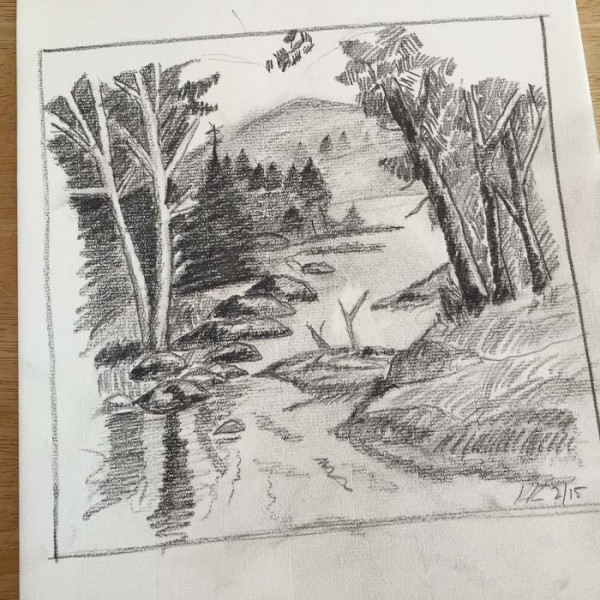 I love nature, and try to explore that connection in as many ways as possible, including drawing.

Many of us get into photography for the gear and technology, the excitement of being in nature, or the false lure of endless creative possibilities. But I think the primary reason we choose to become creative is to share our vision of the world with others. To make a difference, large or small. It doesn’t matter whether you are a professional photographer, aspire to become one, or simply enjoy photography as a hobby. It’s too difficult to sustain over any significant amount of time without it giving you some valuable rewards.

I would suggest that not only do you want it to be meaningful, it must be meaningful to make you feel like you’re investing your time and energy into something that matters. If that’s the case, then you must consider these deeper questions.

To develop a healthy commitment requires having a solid foundation. Discover that first, and then think about how you can manifest that every day. It will change your life for the better.

Questions or comments? Please share them below, I’m always happy to help.