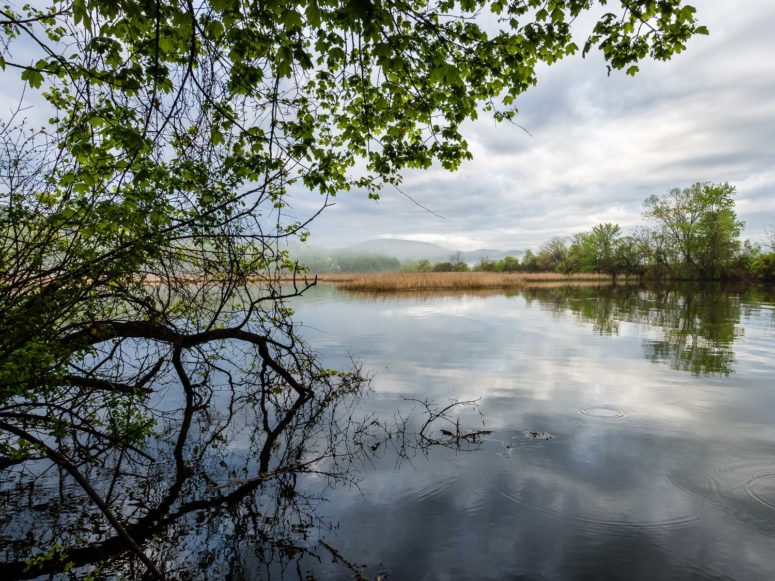 It’s always exciting when I discover a new perspective or way to photograph a familiar location. Just when I think I’ve exhausted all possibilities, I’m reminded of the endless potential available when you allow your self to remain curious and nonjudgmental.

Such is the case with this image, which can only be made during certain times of the year, and certain times of day as well. During the summer months, this marsh is entirely overgrown with water chestnut, the invasive plant that thrives in northern parts of the Hudson River. A narrow window of time during spring provides the necessary plant free water that can create reflections. Also, high tide simplifies the shoreline, removing rocks and mud and creating deeper reflections.

So it’s with these conditions that I accidentally found this vantage point that gave me a view of the marsh with the dramatic mountains of the Hudson Highlands in the distance.

My first instinct was to frame the reflections as my foreground and the marsh and mountains as background, but somehow it felt too flat to me. By that I mean not enough depth, perhaps because there wasn’t enough interest in the bottom half of the image.

There was a rather large tree to my left that I had avoided at first, thinking it was too busy to include in a photograph. But I decided to try to incorporate it into the foreground, especially since I liked how the branches reflected in the water. Because it was high tide, you don’t see the roots, which would have made the foreground much more complicated; the water simplifies the bottom of the tree rather nicely.

I tried a few different angles, but I kept returning to what I thought was the strongest composition. The tree divides the image across the diagonal, creating tension between the shadow areas and the tree canopy, and the brighter areas in the distance. The mist helps to unify the light across the entire scene, and the silhouettes of the branches add the deeper tonal values that help push the viewer from the foreground to the background. 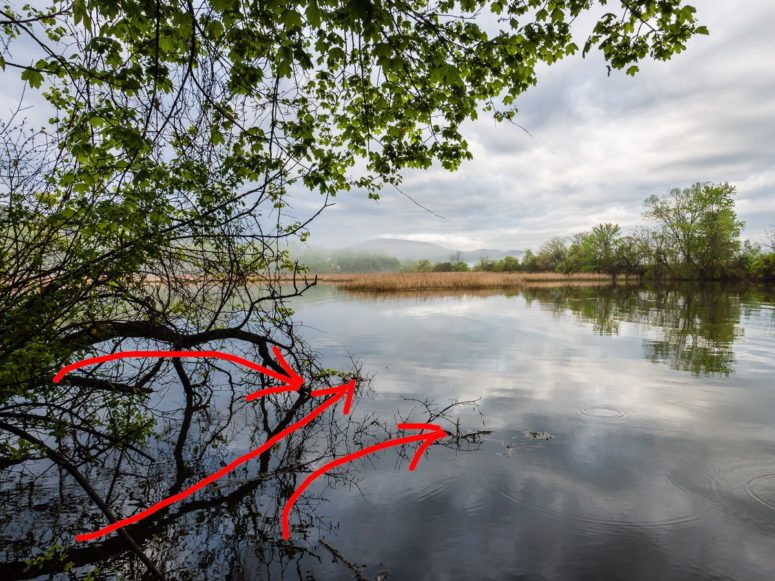 The red lines indicate the primary leading lines into the image from bottom left. This is primarily due to the direction of the branches, their location, and their having the strongest contrast in the image. 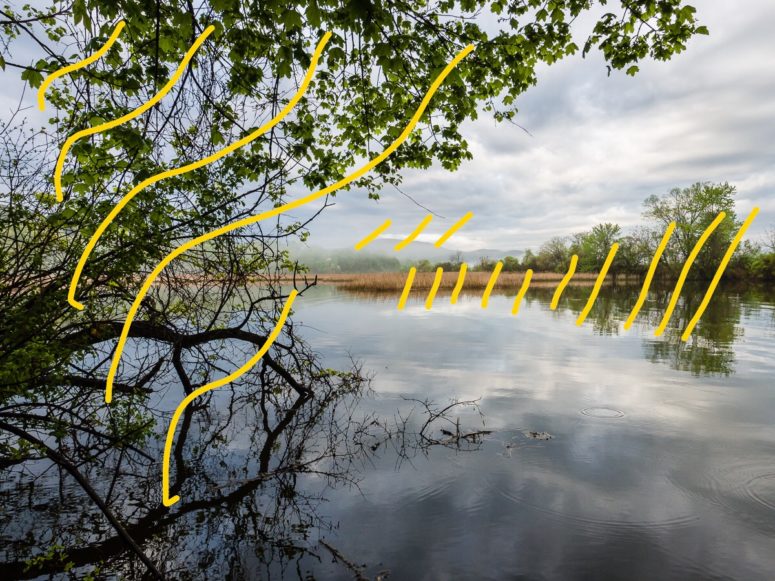 The yellow lines show the continuity of green as a repeating element that creates depth and rhythm. 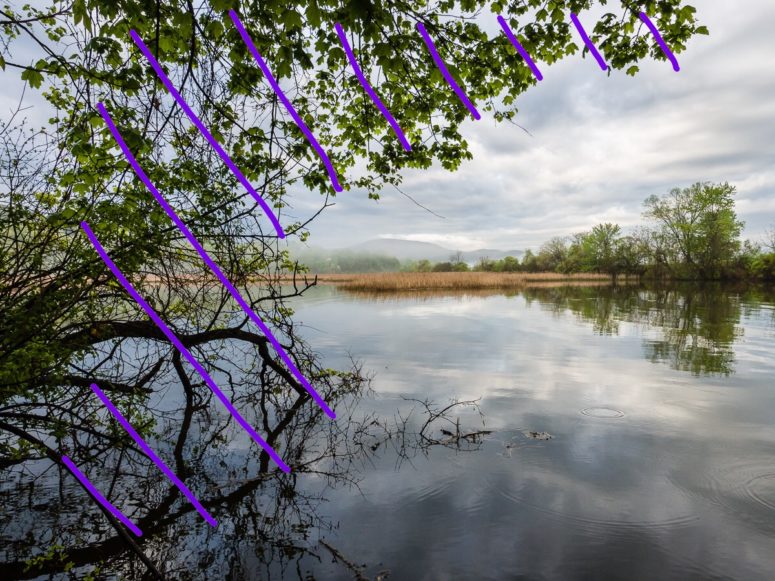 Finally, the purple lines show the division of the image between the foreground and background along the diagonal, as well as the tension created between the highlights and shadows. That creates a certain energy in the composition that I hope keeps the viewer interested in the near and far.

I developed the image in Lightroom the way I develop most images, first by establishing and optimizing tonal values globally using the Basic Panel. Then I used local adjustments via the brush and graduated filter to dodge (highlight) and burn (darken) key areas of the image to emphasize the light and provide a path for the viewer’s eye to follow. 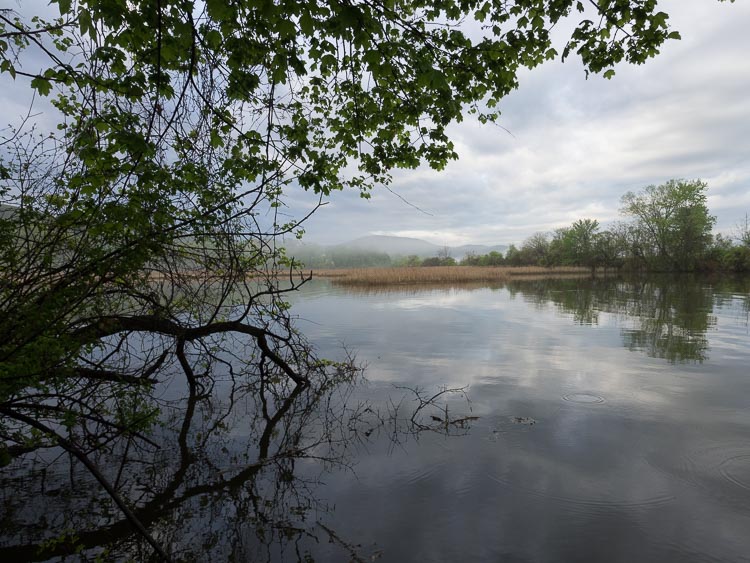 Paper selection is critical for an image like this because it can have a profound effect on how the photograph is perceived and what elements are emphasized over others. For me, the image doesn’t hinge on contrast or shadow detail, but rather on repeating shapes and subtlety of light.

This doesn’t mean that contrast isn’t important because it is. But for what I want to convey; the subtlety of light, the sense of tranquility, nature’s passive power, these are all qualities that are best conveyed visually with the softer, more painterly look of a matte paper. I selected Canson Infinity Rag Photographique because it provides enough contrast and detail to convey the strong shapes and tonal variations in the image without compromising the subtlety I think the image needs. Plus the super smooth finish allows the textures already in the image to remain unchanged, especially the glass like surface of the water.

This is critical because I want to remain true to the vision I have for the image as stated above, and it’s so easy to be lured by contrast for contrast sake. But allowing for more nuance and suggestion regarding what the image conveys invites the viewer to engage more imaginatively.

That for me is what is most important, and careful paper selection is a wonderful creative choice when you get away from convention and consider what is actually best for your image. 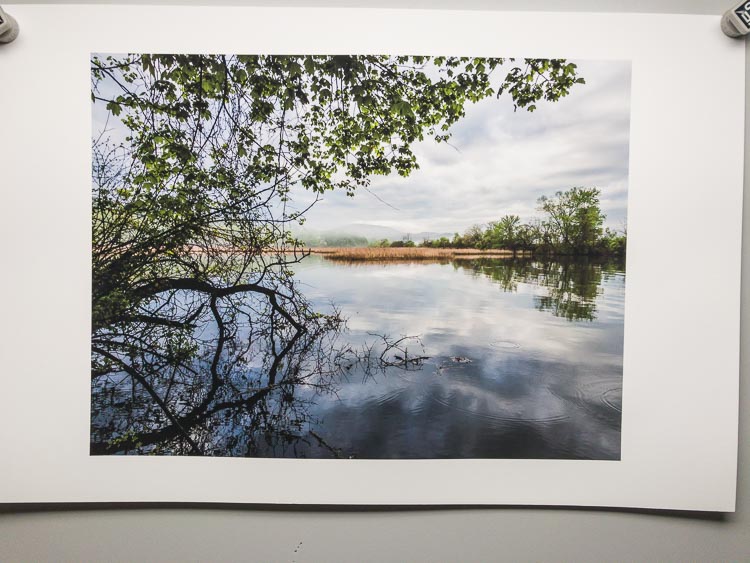 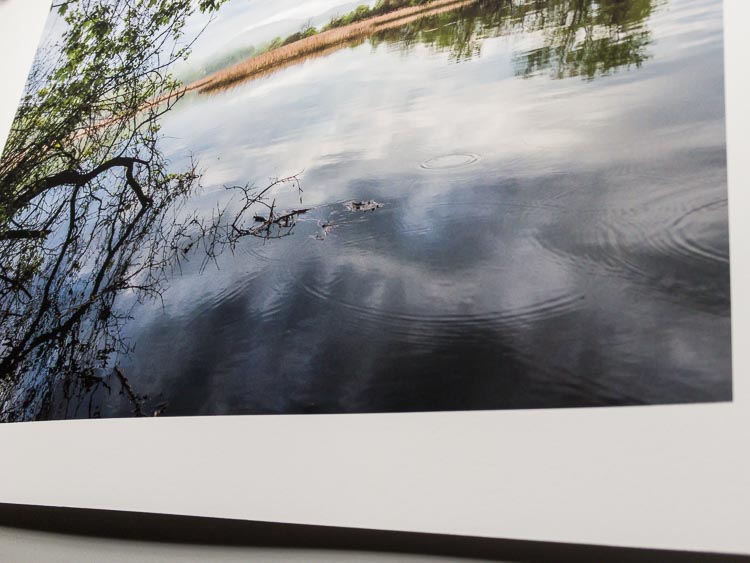 I enjoyed making this image. It was a challenge compositionally, and I didn’t know whether it would work. But the satisfaction of following compositional ideas in the field is the reason why I attempted it to begin with. Plus it reminded me of how important it is to remain open to every opportunity in nature, especially close to home.