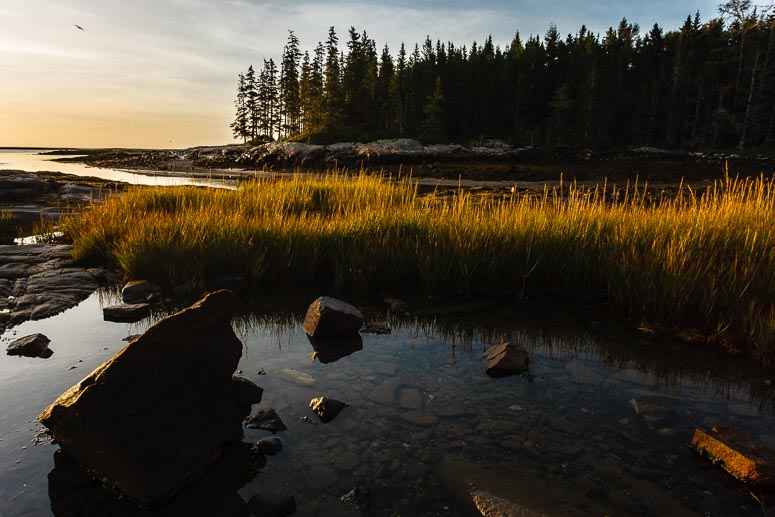 Light is the essence of every photograph, at least for me. Over the years I have experimented with many different approaches to composition, yet light remains the single most important component to conveying what I see and feel in the landscape.

I’ve tried to make images that are built on shapes, textures, subjects, and color, yet they always seem to lack an essential truth about what I really want to express. Those attempts are so, so valuable because they clarify and affirm what it is that motivates me to photograph in the first place; moments of bliss that come from connecting deeply with nature. Thoughts cease, breathing slows, and a sense of serenity engulfs my consciousness.

Light is the only reliable ingredient that can potentially bring some of that to an image. Of course, it’s not only light, it has to be much more than that—there needs to be a strong foundation compositionally. This is where many get it wrong, thinking that light alone captures the imagination. Just think of the millions of sunset images that are made every day that capture beautiful light but fail to connect in any meaningful way.

I also know this from my own countless failures (or experiments) trying to make images without a sense of visual direction or design, yet the light was ever present.

In Wonderland, Acadia NP, the final composition was never even a consideration before light entered the “picture” as it were. I simply didn’t see a way to get from the foreground to the background effectively. Sure the tidal pool reflected the sky, but the grasses were dark and uninteresting.

So I ignored that perspective assuming there weren’t any possibilities and looked for interesting foreground rocks and tidal pools that reflected some of the early light. I was actually surrounded by them, so it did pose a challenge as to which I should focus on.

At some point, I looked back towards those grasses, and when I took notice of the light knew there was something special. It gave me a sense of what I was feeling at that very moment; a feeling of immense gratitude for another majestic sunrise, which always feels wonderous no matter how often I experience it.

Yes, at some point I do reach for my camera bag and make decisions about how to leverage the gear to my advantage. It feels so satisfying to do this when every impulse tells you it’s the right time because you know you are invested emotionally 100%. That is where creative possibility is born.

My first choice was to limit myself to 24mm. Why? Because the wider I go, the more I emphasize the foreground and de-emphasize the background, and that’s not what I want to do here. I want to connect the three different areas (foreground, middle and background) because they are the foundation of the composition. I want the viewer to imagine how the light will impact the rest of the scene, and keeping the background trees from becoming too distant is important for that.

I need to make the light on the grasses as forceful as possible for that to happen, and using a super wide focal length simply pushes mid-grounds and backgrounds away. But I need to go wide enough to establish the foreground-the tidal pool-because it lays the foundation for everything else in the image. It pushes the warm light forward because of its cool color (sky), but also because it anchors the image with the strong diagonal line on the left – the edge light on the large foreground rock.

A few other rocks catching warm light also help to repeat the pattern that becomes fully developed in the mid grasses via color and warmth. And then a little hint of it on the background rocks and trees helps to glue the entire composition together. That came together with the second big decision, where to place the camera in terms of height. Too low and the rocks at the base of the trees are lost, while too high and the foreground loses its impact. To the best of my memory, the camera was about four feet above the ground.

I focused at the base of the grasses, which is about twice the distance from my lens to the closest rocks in the foreground, and settings were f/11 @ 1/30 sec. Why f/11? The closest rocks are about 3 feet away, and f/11 at 24mm gives me a hyper-focal distance of 6 ft. So by focusing about 6 feet away (the base of the grasses,) I get depth of field from 3 feet to infinity. I also get to use best performing apertures for my lens, f/8-f/11 which means sharper prints without the need to add excessive sharpening in LR.

Finally, the dynamic range of the scene was pushing the limits of what my camera could capture in one exposure, so I carefully checked the histogram to make sure I was getting every last bit of latitude from the sensor. Most importantly, I needed to protect the highlights at the expense of the shadows, since I need the color and texture of the sky for the image to work. If I lose the sky, I’ve lost the image.

The LCD preview is useless here because it displays the sky as pure white when I check it in the field, but as long as the histogram isn’t clipped, I know I have all the relevant tones in the file where Lightroom can bring them to life.

The first priority in LR is to balance the sky with the foreground which I achieve with a few graduated filters. The ability to modify the filter with an adjustment brush is very helpful to reduce the darkening on the trees.

Next, I open up the shadows a bit to create a stronger transition between the darkest and brightest parts of the image. Finally, I add some subtle dodging to key areas of the foreground (rocks with warm light) and also rocks in the far shoreline. 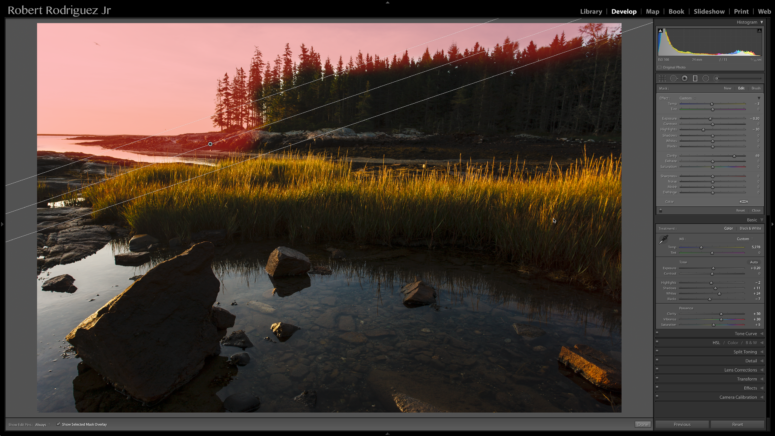 I didn’t notice the bird in the sky until I viewed the image in LR, and decided to leave it in as an accent. 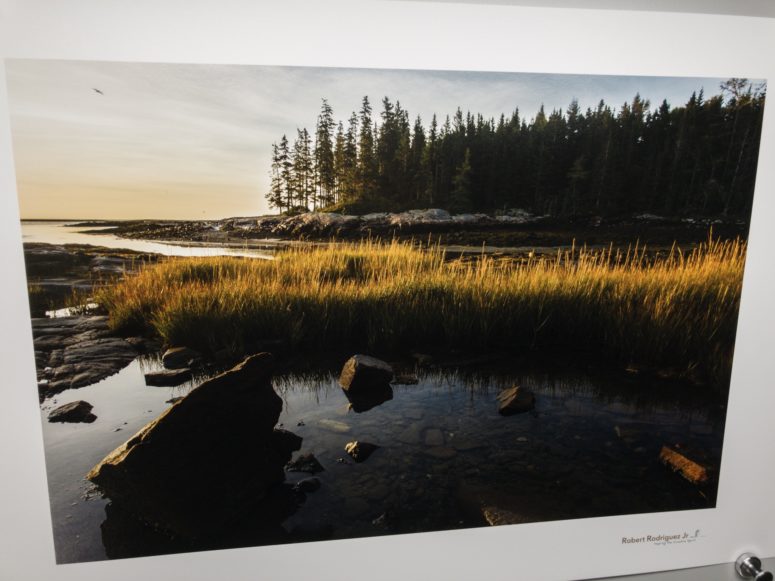 The deep shadows in this image contain subtle texture and detail that I want to preserve, as well as the smooth gradation in the foreground water from the light blue of the sky to almost black in the right corner. So I need a paper that provides enough black density to preserve and even enhance these areas.

Canson Infinity Baryta and Platine Fibre Rag both provide the density, but I don’t need the smoothest paper available—in fact, I think a slight amount of surface interest will help make the image look more unified. Almost every area has some texture (aside from the foreground water,) and even that has some rocks below the surface.

I made a 13” x 19” on Platine Fibre Rag using the Canon Pro-1000, which provides the black density I need plus a nice texture on the surface. As I’ve said before, Platine is a high-density paper that wants to be a matte paper, and the subtle texture plus the cotton rag backing adds that fine art feel that I want this image to have.

I know I’ve written quite a bit about this image, but I hope the in-depth analysis and mental process I engage in helps you understand each part of my process. Hopefully, you can apply some of these ideas in your own image making, especially if you can adapt them to work for your preferences or circumstances.

What’s most important for you to take away is that I did not start with a finished image in mind. Yes, pre-visualization, as Ansel so well taught us, is part of the process. That happens when looking through the viewfinder and ends as soon as I press the shutter, at least I hope it does. In other words, engaging with and responding to nature is what produces the possibility of a successful image.

As Olivia Cabana says in her new book The Net and the Butterfly: The Art and Practice of Breakthrough Thinking, “Learn to judge success or failure not by the outcome, but by the quality of the decisions made.” That means if I remain engaged with the light and use my tools to the best of my ability, then I am growing as an artist.

Relying on the outcome is a guaranteed way to empower doubt and self-criticism, neither of which leads to breakthroughs or creativity.